Difference between revisions of "Reports"

In addition to our Annual Report each year, we publish FDC reports which summarise our activities over a set period of time, including our reflections and metrics. 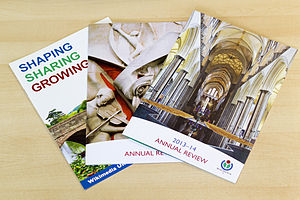 In January, an issue of the newsletter under the name 'Open Access' was published:

2010 The newsletter went through a transitional period from October 2009 until January 2011, during which time no newsletters were published - stories were published primarily through our blog. A "catch-up" newsletter/report, covering the chapter's main activities in this period, was published in early 2011: