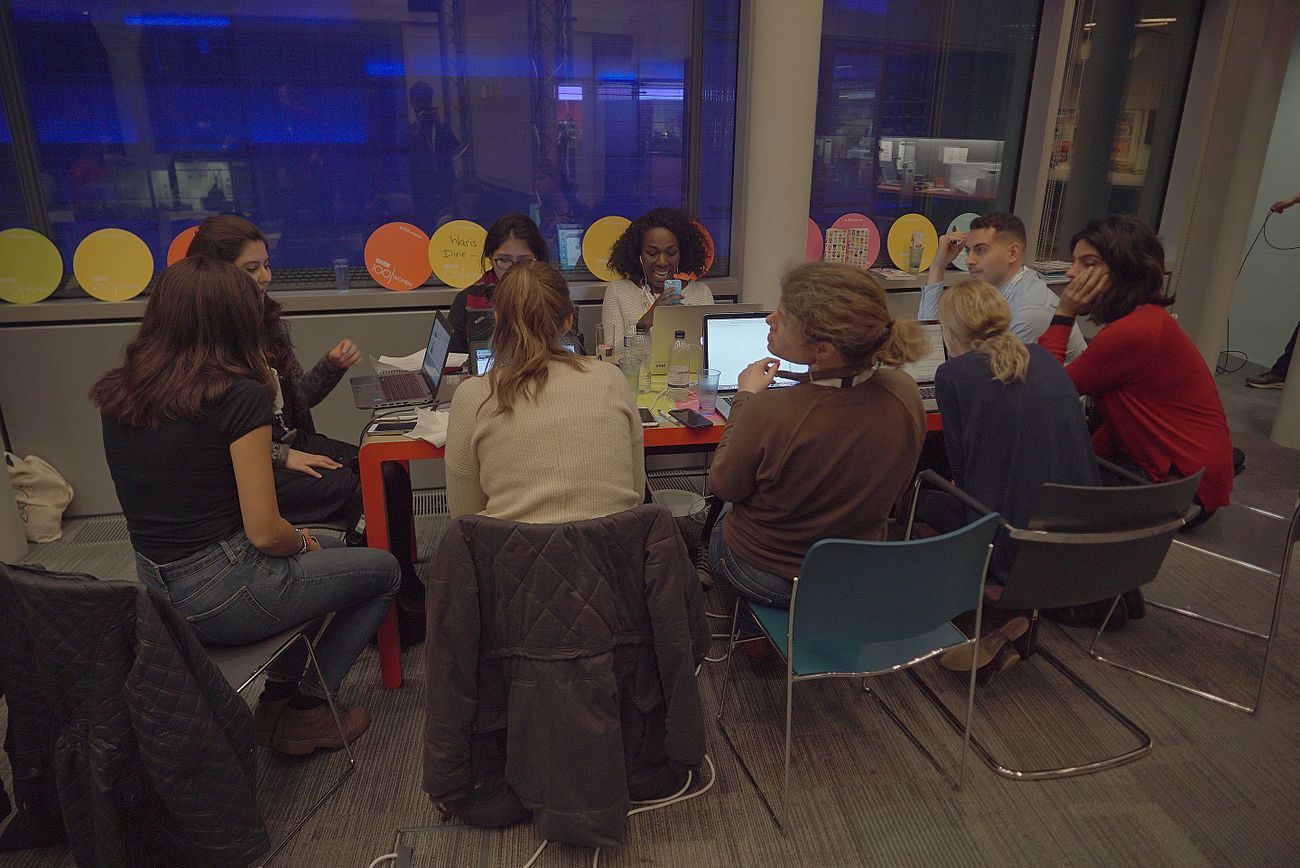 As the UK chapter of the Wikimedia Foundation, we support and assist individuals and organisations in working with projects including Wikipedia, Wikimedia Commons and Wikidata. Our volunteers assist in many different areas, including as editors, trainers and multimedia creators, and as helping hands at our events.

We support projects in institutions around the country, which run events to increase the diversity of content and individuals engaged with Wikimedia projects. We assist volunteers keen to contribute in many different languages, and seek to increase representation of different communities and cultures.

We are keen to hear from all prospective or returning volunteers that have ideas for projects, and suggestions for ways in which they can offer their expertise to the Wikimedia community. If you'd like to reach out to us or have any questions, please email our team at volunteer@wikimedia.org.uk.


I am new to the Wikimedia Projects! Where do I start?

If you're new to Wikimedia projects then you're in good company. You're joining the estimated 250,000 people around the world that regularly contribute to the largest reference work the world has ever seen. As one of the 14,000 new editors new to Wikimedia projects, there's a variety of ways that you can become involved in sharing the world's knowledge. Whether you are simply interested in editing Wikipedia, or you're an expert in education looking to support the development and utilisation of open educational resources in formal education settings, we can help you to enjoy contributing in a way that suits you. For ideas about where to start as an editor, check out our blog post: So You've Decided To Become A Wikipedia Editor...

I've already contributed to the Wikimedia Projects. How do I get more involved?

Wikimedia UK works with volunteers to help them deliver projects that improve the content of Wikipedia and its sister sites. We help them to deliver events, to gain access to cultural and educational materials, and to find new ways to make good use of the projects, such as in higher education. We deliver training sessions for people who would like to learn to edit, and we work closely with partner institutions to provide access to cultural materials that can improve the content of the projects.

We encourage the use of open licenses for cultural and educational materials so that they be freely shared. We also offer project grants to members of the chapter, to help pay for equipment, source materials and other resources that will help them with their editing or outreach work.

There are lots of ways you can be involved with Wikimedia UK. Below are a list of the roles you could take on, you can register your interest here so we can send you information of volunteering opportunities you may be interested in.

User:R.W.Kelly. is an experienced Wikipedia and Wikimedia Commons editor with over 60,000 edits on the English Wikipedia

I've been editing since March 2009 and I'm an administrator on Wikipedia and Wikimedia Commons. Like many other editors, I was browsing a Wikipedia article and saw the edit button, and thought "well, that looks interesting", so I clicked on it and started editing. Now, nearly five years and 60,000 edits later, I'm still around, so obviously the experience wasn't too traumatic!

These days, I'm probably best known for my admin work on the English Wikipedia where I've been known to handle both the routine stuff that just involves a few clicks and some of the more complex tasks that require thought and judgement. I would hope that people think I do a reasonable job and tend to make the right decisions. But I'm a writer first and foremost, having been the main contributor to six featured articles and also dozens of others that are considered to be of a good quality. One of these featured articles appeared on the frontpage of the English Wikipedia and resulted in over 36,000 visits to the article in one day.

To learn and improve as an editor over the years has taken plenty of trial and error, with the aid of guidance and advice from some friendly experienced editors along the way. Being an editor on Wikipedia has definitely made my writing better. My admin work has also made me a more patient person - evaluating everything to make the right decision, rather than rushing in.

If you're passionate about a subject, or you know about something that you think is overlooked, you like working with other people, you like being part of a vibrant community where you're judged on the merits of your contributions alone, or if you just have some spare time you want to fill, you'll enjoy being a Wikimedian!

If you ever get stuck, or find yourself lost and confused, don't be afraid to ask for help. A good place to look for help from more experienced editors on the English Wikipedia for example might be the list of active admins. Alternatively, just type your question on your user talk page which you can find on the top of any page once you're logged in and write "{{help me}}" after it - someone should then be along to answer your question shortly.

The Wikipedia voice intro project is a project by Wikipedia editor Andy Mabbett to make audio recordings in which Wikipedia subjects - whether they are celebrities like Stephen Fry, or those notable for other activities like scientists or artists - say their name and introduce themselves in a short segment lasting around ten seconds or so. The recordings are then uploaded to Wikimedia Commons and shown on the subject's Wikipedia article, so that readers know what the person sounds like and how to correctly pronounce their names.

A related project that Andy has been working on is the BBC voice project where the corporation is releasing hundreds of audio snippets of notable people talking recorded on some of their radio programmes over the years. At an event at New Broadcasting House on 18 January 2014, over three hundred suitable clips were identified by volunteers, which the BBC are in the process of reviewing, processing, and uploading to Wikimedia Commons. Examples of clips that have been uploaded and used on the English Wikipedia include that of World Wide Web inventor Sir Tim Berners-Lee and Nobel Peace Prize laureate Aung San Suu Kyi.