From Wikimedia UK
Jump to navigation Jump to search
Medieval Women Edit-a-thon, 28th January 2015, was arranged by the College of Arts & Humanities and the AHRC-funded 'Women Negotiating the Boundaries of Justice' project at Swansea University. 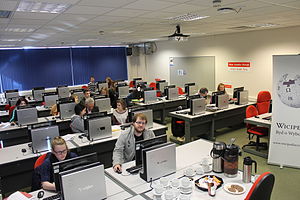 The editathon was arranged mainly for students and university staff, with a few experienced Wikipedians also assisted including the newly appointed Wikipedian in Residence at the National Library of Wales Jason.nlw. The event was held at the University Library, Training Room 3 at Singleton campus. Twitter @womenhistlaw.

A team from the James Lydon research centre at Trinity College Dublin participated remotely in the editathon and updated the pages of notable women of medieval Ireland. 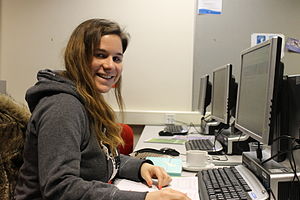 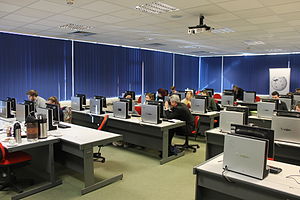 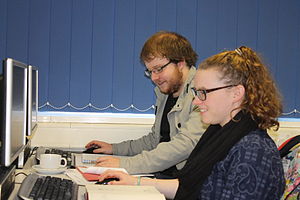 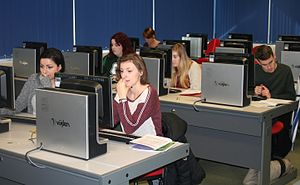 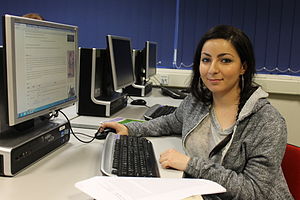 The purpose of the day was to help raise the profile of medieval and early modern women on Wikipedia in any language; to date languages included English, Welsh and Greek. Many notable women only appear in the articles of their husbands, fathers, or other male family members; they deserve coverage in their own right. This Edit-a-thon entailed both - creating new pages for medieval women who id not yet have their own wikipedia articles and enhanced existing pages by adding relevant information, citations, or links. There was a particular focus on Welsh and Irish women.

This event was run as part of an exciting new AHRC-funded project which explores women's access to justice in various parts of Britain and Ireland between the twelfth and eighteenth centuries. Researchers from Swansea University, Cardiff University, and Glasgow University are collaborating to discover the ways in which women participated in the legal process. More info at: 'Women Negotiating the Boundaries of Justice: Britain and Ireland c.1100-c.1750

7 others were present but did not edit, or shared a computer.

Photos from the day[edit | edit source]