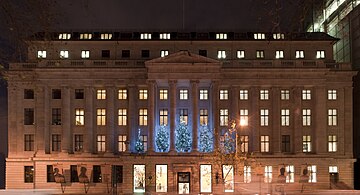 In partnership with the Wellcome Trust, we hosted a two-day conference sharing skills, tools, and ideas in the intersection of STEM subjects and Wikimedia, on 2nd and 3rd September 2015.

This was prompted by the growing interest in Wikipedia, Wikidata, Commons, and other Wikimedia projects as platforms for opening up the scientific process.

The Henry Wellcome Auditorium and Wellcome Collection Conference Centre, the Wellcome Collection, 183 Euston Road, London NW1 2BE, UK. This is adjacent to Euston Square tube and within easy walking distance of three other tube stations. It is close to the Euston, King's Cross and St. Pancras rail stations, and a short tube ride from Paddington rail station.

Despite the London location, this is a national conference, scheduled with long-distance travellers in mind.

Wikimedia UK's Friendly space policy will apply at the event and there will be trusted individuals on hand with whom you can raise any related issues.

Thanks to the generosity of the participating charities and volunteers, the registration charge for this two-day conference was just 29 pounds, including lunch on both days.

This is the running order as decided by participants, on the day.

There were two related hackathons. One of them was a satellite event on Friday September 4th at the European Bioinformatics Institute in Hinxton. More details on that are available here. The second one took place on Saturday 5 September in London. More details here. It was led by Daniel Mietchen (National Institutes of Health) and Stefan Kasberger (GESIS Leibniz Institute for Social Sciences/ ContentMine/ openscienceASAP/ Open Knowledge Austria).

Some background to these hackathons: There are many technical aspects to the interaction between the Wikimedia and research communities and platforms. These days were dedicated to exploring them together with others who share an interest in these matters.

The Wellcome Trust is "a global charitable foundation dedicated to achieving extraordinary improvements in health by supporting the brightest minds". in the UK, it is one of the leading organisations promoting open access to research and encouraging scientists to engage with the public. It funds an enormous amount of cutting-edge research related to health, as well as the preservation and use of existing knowledge. Its other activities with Wikimedia include funding the Cancer Research UK Wikipedian In Residence. In January 2014, Wellcome Images released 100,000 historical images under a Wikipedia-compatible licence which have been uploaded to Wikimedia Commons by Fæ.

Except where indicated, publicity materials are licensed under CC-BY-SA 4.0, giving you permission to republish them or remix them.