Enthusiastic Wikimedians on the train towards the Front

Our first World War I Editathon was held on Saturday 16 June 2012 in London. Organised jointly with JISC, the UK’s expert body on digital technologies for education and research, the Editathon brought the Wikipedia military history community together with experts from academia. Our goal was not only to improve Wikipedia articles on World War I topics, but also to build bridges between Wikimedians and academics. This was the first of Wikimedia UK's events aimed at commemorating the centenary of World War I, and we are planning to run several more in 2014.

The Editathon took place at the British Library, with the kind assistance of Andrew Gray, the Wikipedian in Residence there.

The etherpad for the event was at etherpad.wikimedia.org/WWIedit, the content of it can be found here.

There was also an opportunity to discuss things in IRC - irc:wikipedia-en-milhist connect project channel.

What were we editing?[edit | edit source]

We focused the Editathon around three areas of World War I which JISC have identified as under-represented in digital resources (on the Internet in general rather than Wikipedia in particular:

Work on any aspect of World War I was also welcome, and attendees were encouraged to notify us about these before the event. 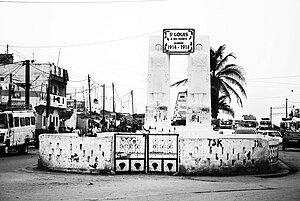 We have worked with the involved academics who identified places where there was a particular opportunity to make a big difference in this workshop (where Wikipedia's coverage is patchy or entirely absent, and where the academics attending have expertise in the subject). There are a few we have identified:

What resources were available?[edit | edit source]

We had access to a number of experts in the field, who were keen to help make Wikipedia articles better, so this made the event a great opportunity to work with a real expert in the subject to help improve articles! Being at the British Library, we had access to literally every book on World War I (and any other subject) via the Reading Rooms. We had a digital copy of the British Official History of Operations in France and Belgium on a DVD. Participants were encouraged to bring own resources as well (or booking them from Reading Rooms in advance). We were also signposting people towards good places to find pictures from existing online collections.

Medicine and World War I

- with areas of interest and particular articles outlined.

We have reached full capacity as this event proved very popular.